PRU Medical specialises in creating tailor-made medical courses. Its founder Tom Hewes has been a paramedic since 2004. 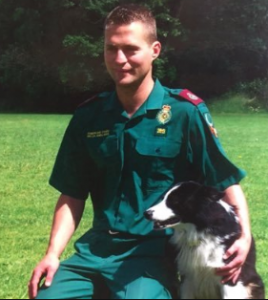 Tom worked in an ambulance in Cardiff city centre for 4 years, then alone in a Rapid Response Vehicle for a further 4 years, before becoming a Team Leader in Wales’ first Hazardous Area Response Team (HART). During his career, he has attended many difficult situations, and successfully led his HART team at two Ambulance declared – major incidents. 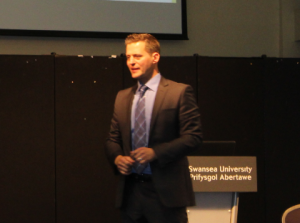 In 2015, Tom became a lecturer at Swansea University teaching Paramedic Sciences, quickly rising to the position of Senior Lecturer and the Programme Director for the BSc in Paramedic Science .

Tom has completed a Post Graduate Certificate in Education (PGCE) and a Masters in Advanced Clinical Practice (MSc). He is a Fellow of the Higher Education Academy and has received the Swansea Universities highly acclaimed ‘Excellence in Learning and Teaching Award, 2017’. 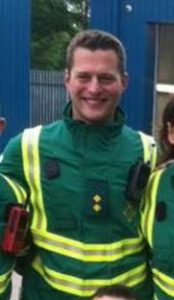 In his spare time, Tom has also been a paramedic adviser to the BBC TV series Casualty, providing both on-set guidance and advice during the script writing process.

‘’I’m dedicated to providing the highest quality clinical education, which meets the specific needs of those attending.’’

Although Tom is the Director and founder of the company, it is managed and run by a team of other equally experienced instructors, who have a huge variety of accolades and experience. PRU Medical only employ HCPC registered, experienced paramedics and other registered health care professionals, who also hold high level teaching qualifications.

Additional courses can be written and delivered upon request

What our clients say...

Brilliant session and learnt so much. Engaging tutor so we could ask questions and the practical side was a great help too. Karen Huxtable (Nov, 2019)

I was most interested in the extra tips given, as many components were not necessarily unknown but having them put into context was useful.

What was the best part? Information provided and increased awareness. Up to date information to share with others. A good course with nothing specific which could be improved.

Check out the latest industry news and useful resources